Canned dog food — a long time canine favorite. It’s hard to imagine a dog that will turn its back on a bowl of canned food, which is typically strong smelling and resembles meat, unlike kibble and dehydrated dog foods.

Canned dog food (also referred to as wet food) was introduced to the market in 1922 when Ken-L Ration, which was owned by the Chappel Brothers of Rockford Illinois, hit store shelves. It mainly contained horse meat, which was acceptable back then and readily available as people started making the switch to the newfangled automobile.

“By 1941 canned dog food had a 90% share of the market, until the US entered World War ll and the government started rationing tin and meat,” according to Pet Food Industry. “Then dry dog food became popular again …”

Quaker Oats bought Ken-L Ration in 1942. Now, the brand exists solely as nostalgia. Walmart, of all places, sometimes carries T-shirts with the brand printed on them.

Canned dog food stays good for months, and sometimes years, as long as it’s unopened and kept in a cool place where the temperature is between 50 and 100 degrees Fahrenheit.

“Due to their air-tight packaging, canned dog foods contain no synthetic preservatives. So, fats and oils sealed inside cans don’t easily become rancid,” according to Dog Food Advisor.

Check the label for the past due date, and never feed your dog canned food that smells off — or at least doesn’t smell like it’s supposed to. For most humans, canned dog food already smells less than appealing. 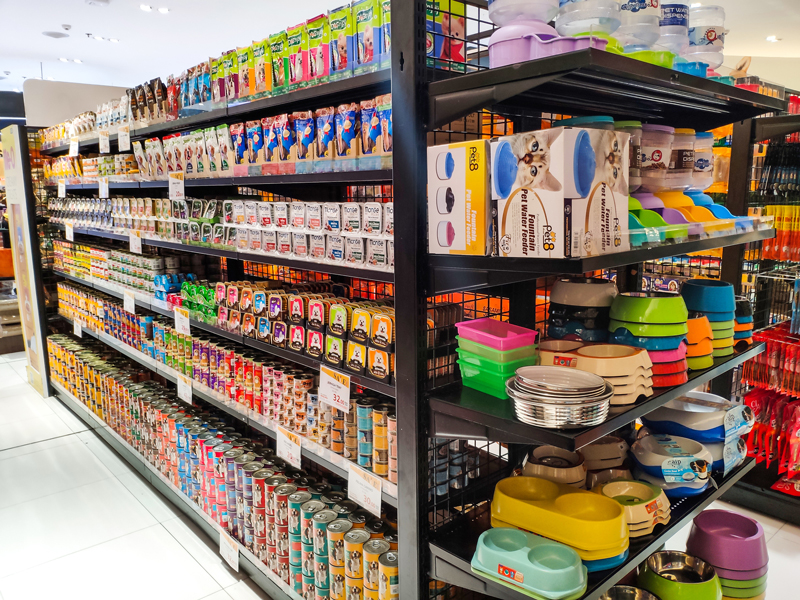 Make sure the food hasn’t become moldy and that it’s not discoloured. If your food is past the expiry date, it’s best not to feed it to your dog. Only buy what your dog can eat before the expiry date.

If your dog is normally a devourer of food and he or she avoids a particular serving, they might be telling you there is something wrong with it, especially if their appetite returns with a new can or different food.

Once you open a can of dog food, store any uneaten portions in the refrigerator, tightly sealed with a lid, for up to seven days. This varies from manufacturer to manufacturer, so check your label to see if your preferred brand has a different recommendation.

Keeping a lid on the food prevents odors from spreading and locks moisture into the food. Plastic bags don’t do nearly as good a job at locking smells in.

If the food gets moldy while it’s in the fridge, chuck it.

Once you serve your dog its meal, make sure it finishes it. According to PetMD, canned food that has been opened and left at room temperature should be thrown away after four hours. If your dog is a pokey eater, only feed it what it can finish before that.

How do I make my canned food last longer?

If you have a small dog that only eats part of their can, you can open a whole can and freeze it in meal size portions so you’re only defrosting what your dog needs each day. This will prolong the freshness of the food and make sure none is going to waste.

Freezing wet dog food can change the texture and taste, so test out a couple of frozen meals to make sure your dog will still eat the food after it has been frozen. 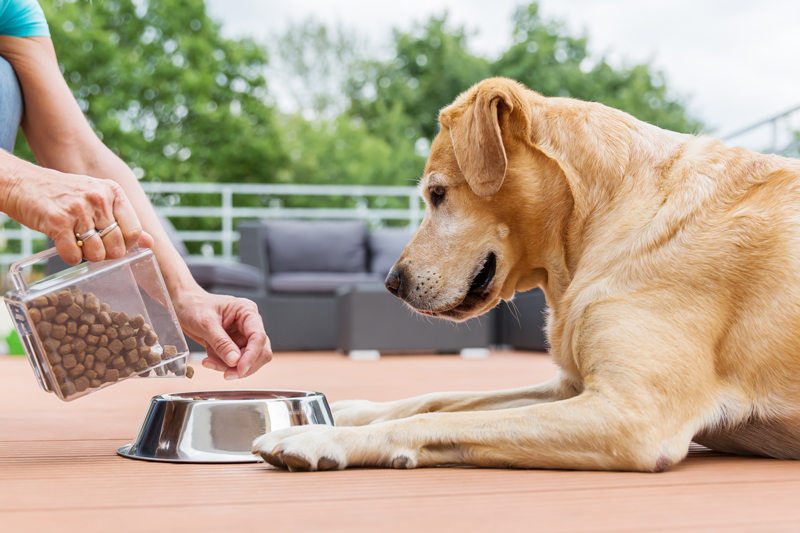 My dog eats so much — what can I do to keep costs down?

If you have a large dog with high calorie requirements, it can get expensive to feed canned food for every meal, as it tends to be more pricey than kibble per serving. You can try alternating meals (one meal kibble, one meal wet) or mixing kibble and dry together during dinner.

You can also only use wet food as a special treat to entice your dog to eat if she or he is feeling unwell or is refusing to eat kibble.

We might say that dogs are Man’s Best Friend, but we all know that it goes far deeper than that.  Dogs are more than our friends – they are our companions, our confidants, and our family.  Together, we are able to share expert dog advice and expertise designed to help care for, protect, entertain, and honor our dogs and puppies to the best of our ability – and on behalf of everyone at Dogs N Pawz, we thank you for caring so much for your furry family member and being part of our journey.